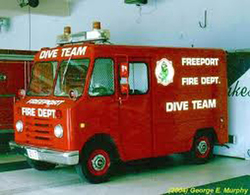 With over ten miles of navigable bays and canals and the waterways utilized by a mixture of recreational boaters and commercial fishermen, a need existed to provide both rescue capabilities and fire suppression to this segment of our community. In 1985, the Underwater Search and Rescue Squad was organized under the direction of Lee Tucholski and Paul Hashagen and on January 1, 1986, the squad was chartered with five divers and ten dive tenders. 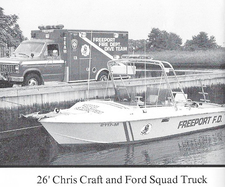 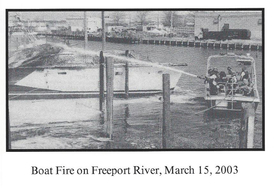 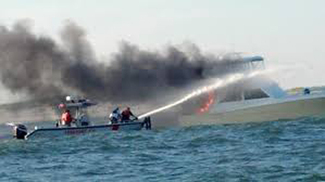 The squad was outfitted with an Avon inflatable raft with an outboard engine and five complete sets of divers outfits. Each diver was required to have his own SCUBA certification, at their own expense, which is still the rule today.

The squad's membership and equipment grew with their roster increasing to ten divers and fifteen tenders along with the addition of a 26 foot Chris Craft boat and a former ambulance converted to carry the squad's equipment. In January 2006 the Christ Craft boat was replaced by a 26 foot Boston Whaler Fire Boat outfitted with twin 225 horsepower engines and a 55 O-gallon per minute Hale pump. 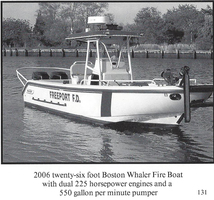 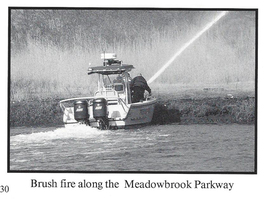 The squad is currently considered to be the principal dive rescue team in the County of Nassau and on Long Island. Through mutual aid agreements the squad has responded to and assisted in search and rescues in Long Beach, Baldwin, Island Park and Wantagh as well as providing service to the Freeport waterfront community. 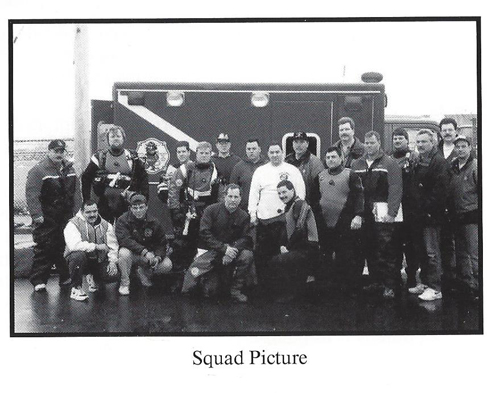 The members of the squad were also instrumental in forming the Nassau County Dive Rescue Association in 1988. This organization includes the various county fire department dive and surface rescue squads on both the north and south shores of Nassau County along with the Nassau County Police Department and the United States Coast Guard, Jones Beach Station. 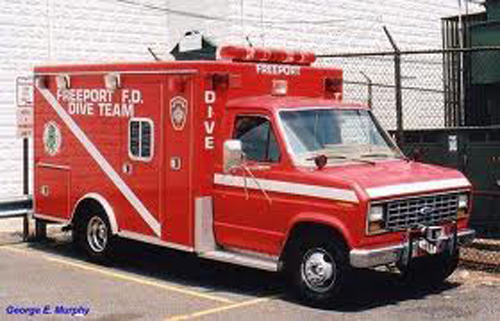