A proposition to organize a fire company of some sort became a topic of discussion soon after the Civil War, but it was not until the Spring 1874, after a series of meetings held in Nelson Smith's grocery, then located on Fulton Street, now Merrick Road, where neighbors sat around on potato barrels and soap boxes discussed the subject of forming a "Bucket Brigade." Throughout that spring and fall a group of citizens led by Jacob B. Smith worked on erecting a suitable apparatus, since there was no water supply, the only practical means offirefighting was with a hook, ladder and bucket company. The deep leather buckets were an important adjunct to fire apparatus in those days, for they were the only means of bringing any water at all into use at a fire. 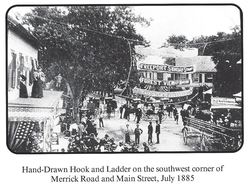 On December 4, 1874, the Company was organized and a search for a suitable name conducted. The name that was chosen was "Excelsior" recommended by the Company's first foreman, William "Uncle Billy" H. Patterson. Patterson stated that he chose this name because "we wanted to excel all others". Patterson had experience as a fireman being a former member of Live Oak Engine Company of New York City.

By a singular coincidence the first fire the Excelsior’s were called upon to attend was in Mr. Patterson's own butcher shop. The truck was kept in a shed in the back of Mead's Bakery on the east side of Main Street near Patterson's shop. Patterson's recollections of the events were "It seemed an age before the boys got around. I pulled the truck out with one of the night bakers and got the buckets to work. We had no water supply other than the house wells. The night was bitter cold and water froze in the buckets in carrying it to the fire. The building could not be saved, but by heroic work my house was prevented from being devoured".

In May, 1882, the Company purchased a 25 x 63 foot plot of land from William Raynor for a price of $100 on the west side of Parsonage A venue, later Church Street. On this lot the Company members built the first fire house in Freeport. The Company's second apparatus was built in 1900 with the work performed by Theodore Bedell's Blacksmith Shop. Although this apparatus was intended to be hand drawn, horses, supplied from Henry Schulter's Grocery Store, could be attached and draw the apparatus to fires. 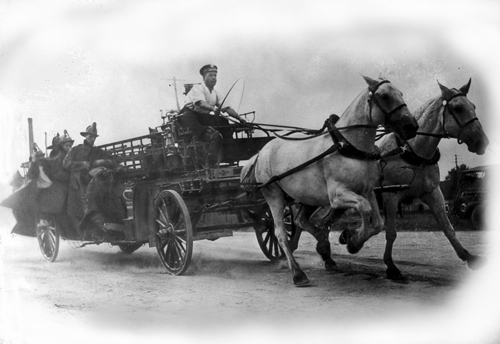 The first factory built apparatus utilized by the Company was a 1911 American LaFrance which was generally termed a fourth-sized truck and was purchased for $1,573. This truck was equipped with a hitch allowing for two or three horses to be attached. The truck measured forty feet, one inch in length and weighed about 4,000 pounds. Its equipment consisted of 234 feet of ladders, fire lines, buckets, life net, chemical extinguishers and charges, pike poles, wall hooks, door opener, battering ram, wire cutters, lineman's climbers, tin roof cutters, shovels, pitchforks and a ten- inch Rushmore Searchlight. In August 1914, the truck was motorized by the addition of a three ton Mack Tractor with a four cylinder, 50 horsepower engine at a cost of $6,000. 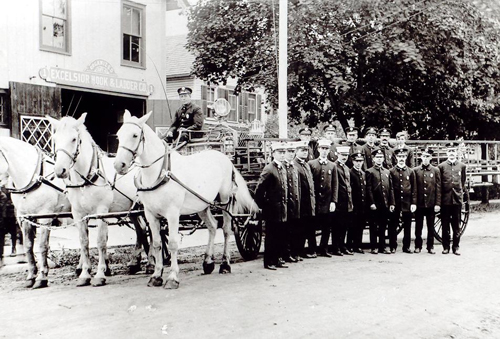 The next apparatus employed by the Company was a 1924 Seagrave sixty-five foot wood aerial truck, the first one placed in service on Long Island. The building needed to be expanded, due to the arrival of the new truck; the Company had outgrown the building. Early in 1936 a deal was consummated with the Village Board of Trustees that in exchange for the old firehouse and property, the Village would secure the lot directly north, owned by the Freeport Council, Jr. O.U.A.M. (Order of United American Mechanics) and build a new firehouse. The Village appropriated $45,000 for this project. 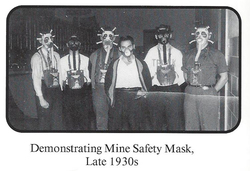 On October 7, 1929, Arthur Strassle, a member of Truck Company, was designated to receive the first medal awarded by the Department in recognition of his actions on December 27, 1928, in recovering the bodies of two young boys who had drowned while ice skating on Milburn Pond. A year later, in October 1930, in a farewell to a previous era, fire buckets were removed from service from the apparatus, after fifty-six years of service as apiece of firefighting equipment. 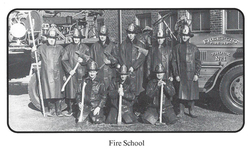 The new spacious Company quarters were completed on October 23, 1937, which allowed for the storage of all equipment and apparatus and future expansion. In November of 1940, a Diamond-T flood light truck was placed in service followed by a 1942 Seagrave, 100 foot steel aerial ladder truck which was the first of its kind on Long Island. 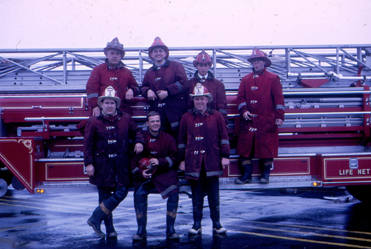 In 1961, the Company received two new apparatuses; a Mack flood light truck at a cost of $33,500 and a Seagrave 100 foot aerial ladder truck at a price of $64,800. The latter was equipped with the first enclosed tiller seat in the country. Another new addition to the fleet was received in 1972 with the arrival of an 85 foot snorkel type truck built by the Ward LaFrance Company costing $112.000. This truck was painted in a lime yellow color considered a safety color due to its high visibility, especially at night. 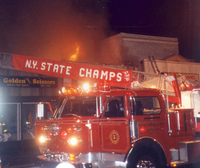 In 1982, an American LaFrance 100 foot aerial hook and ladder truck was received. Afterwards the Company expanded its operation by converting a 1984 Chevrolet van into a Collapse Unit. The snorkel truck was replaced in 1995 by a Spartan Tower Ladder Truck equipped with a 95 foot backer boom.

On January 4, 1989, sadness struck the Company when Thomas A. Razzano died as a result of a heart attack that he sustained as he was responding to an alarm of fire.

In 2002 an addition was added to the building, doubling the size of the quarters, in anticipation of their next apparatus, a 2004 Seagrave 100 foot aerial truck with a ten man cab. Also that year the 1990 Simon Duplex Saulsbury Rescue Truck was transferred from Emergency Rescue Company No.9 for use as a "Special Equipment Unit" and replaced the former Collapse Unit vehicle. 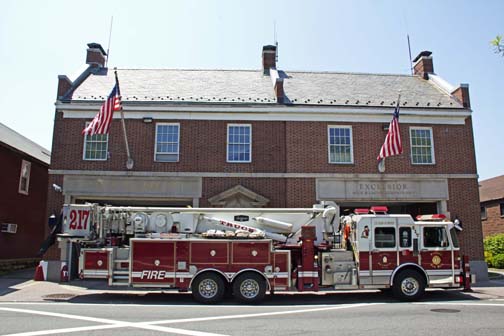 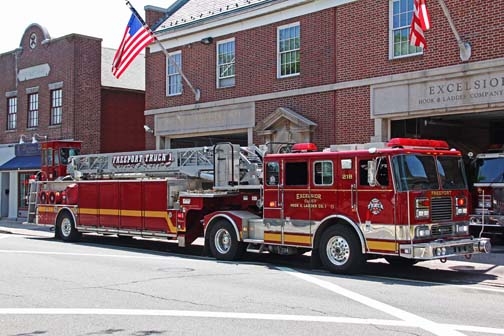 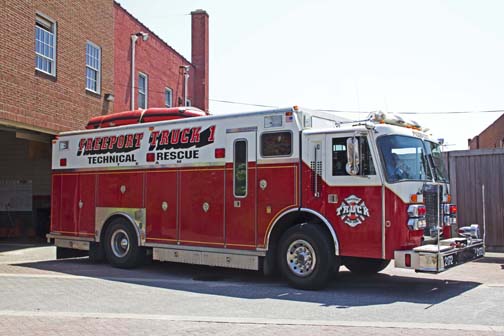 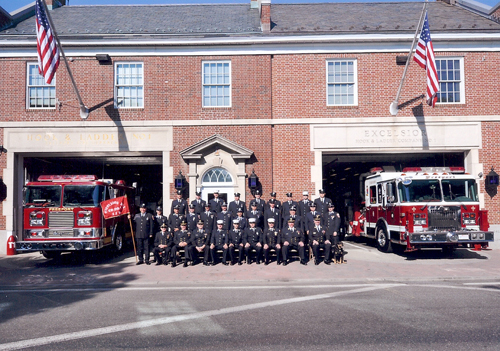