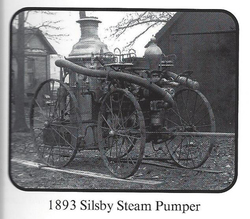 After the school that was located on the northwest comer of Pine Street and South Grove Street was destroyed by fire, in January 1893, the village residents realized that fire protection was woefully inadequate. A concerned group of twenty- six residents met at Abraham 1. Goldsmith's store and formed a new fire company, Wide Awake Engine Company No.1, on July 24,1893. The members of the company then petitioned the Village Board for recognition which was granted on September 1, 1893. The company was housed in rented space at a livery stable located at 54 South Main Street. They were equipped with a hand drawn Silsby Steamer with a jumper attached.

On May 7, 1894, the steam engine was tested and in six minutes, after the fire was started, a pressure of 33 pounds was gained and in seven and a half minutes a stream of water was thrown. Two streams were thrown through 250 feet of hose 238 feet and with 500 feet of hose about 175 feet. 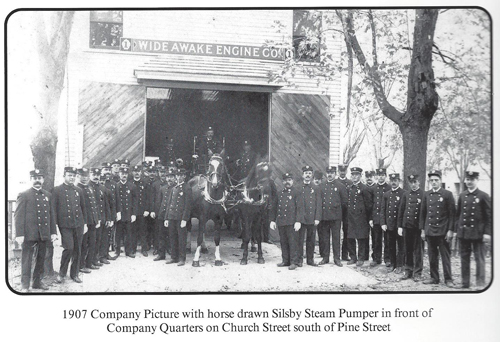 In 1907, Engine Company moved to their new quarters on Church Street, south of Pine Street. Also that year a horse drawn, third size Nott Steam pumper was purchased and delivered in 1908. The Steamer was pulled to fires by horses owned by company member and former Chief William Cameron. 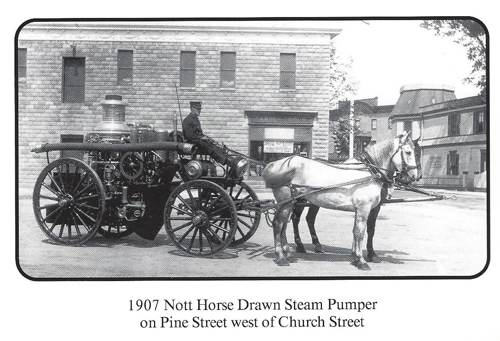 The steamer established a world record on October 3, 1912, by throwing a stream of water 288 feet and 2 ¾ inches. During the annual Field Day, on September 6, 1915, an exhibition was held with the steamer. At the blast of the whistle the steamer responded from its quarters to Long Beach Avenue and Olive Boulevard. While they responded Hose 2 laid 1,000 feet of hose through which the steamer was to pump. This was completed in 5 minutes and 27 seconds.

On December 31, 1915 a serious fire swept the business section of Hempstead. As one store after another was swallowed up by the flames, the Hempstead Fire Department called for Freeport's assistance. The Nott Steamer, drawn by four horses, required twenty-four minutes to arrive at the scene; compared with a twelve minute response by the motorized Freeport units. This led to an accelerated conversion towards a motorized department in Freeport and also convinced the Hempstead Fire Department to change to motorization. In 1916, the Nott Steamer was motorized by the American LaFrance Company at a cost of $4,250.00. This apparatus is now better known as "Jumbo" due to its large size and weight of 12,880 pounds. 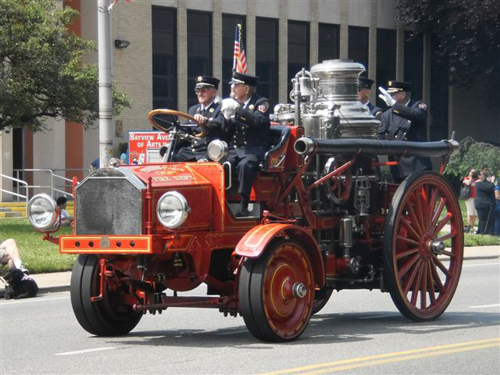 Engine Company moved into its third firehouse in 1924 when a new Fire Headquarters building was completed on North Main Street, north of Broadway. In 1928, Jumbo was retired and placed in mothballs when their new apparatus, a 1928 American LaFrance 1,000 gallon per minute pumper was placed in service. Jumbo returned to duty in 1938 during the Williams Furniture Store fire to pump out its basement. After many hours of operation the boiler blew and she was never able to pump again. 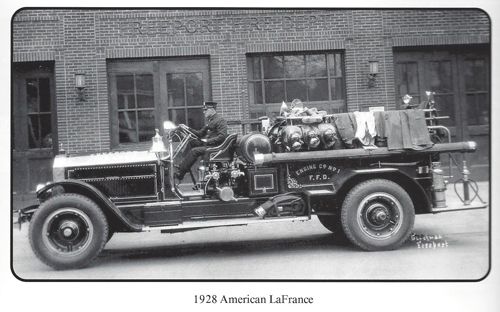 The next apparatus for Engine Company was a 1947 American LaFrance 1,500 gallon per minute pumper. 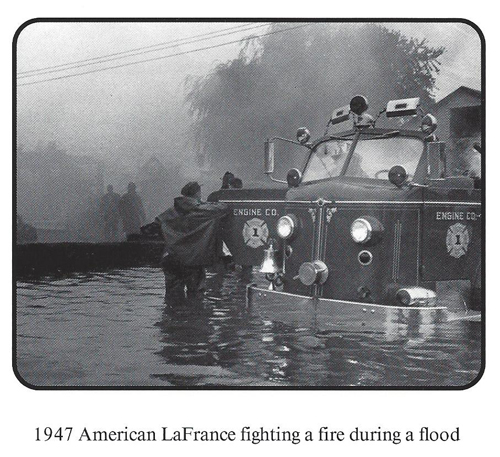 Tragedy struck the Company on January 31, 1960, when Edward A. Johnson died from line of duty injuries sustained when Engine Company hit a telephone pole at Broadway and Henry Street while responding to a car fire on Rutland Road and Commercial Street. Injured in the accident were firefighters Ronald Bell, George Nelson, William Finley and John Jeffers.

Disaster was again to fall on the members of Engine Company when during a fire on January 14, 1978, at Shane's Discount Store and Siegel's Paint Store, on Freeport Mall, fireman Jerry Cotignola was injured. Jerry died from these injuries on January 27,1978, and a memorial tribute is dedicated to him on the southwest corner of the Village Green. 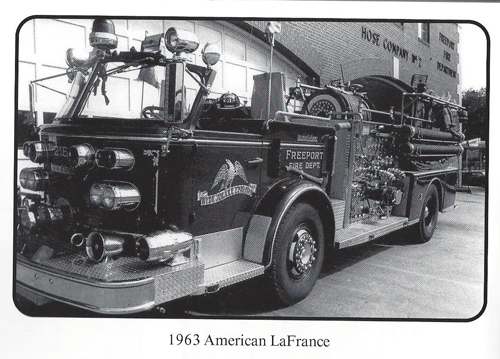 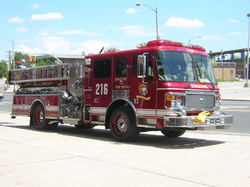 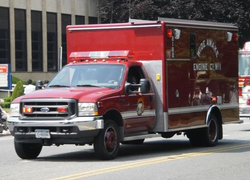 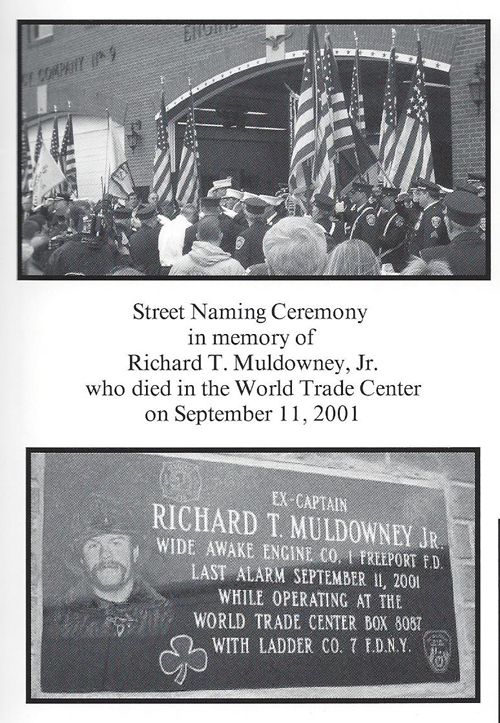