The fourth fire company in the village was formed at a meeting held in Post and Valentine's store on January 23, 1894, and thus Vigilant Hose Company No.2 was born. This new Company, under the direction of their first Foreman, Rowland H. Mayland, were housed on North Main Street and equipped with a hand-drawn hose reel and five-hundred feet of hose. Mayland was a veteran fireman from Brooklyn who later served as President of the Town of Hempstead Volunteer Firemen's Association and the later the Nassau County Firemen's Association as well as Chief of the Freeport Fire Department from 1899 - 1902.

In an article from the Nassau County Review from January 31, 1902, the editor commented on the company's new uniform as "the boys will be the cynosure of all eyes when they appear in their new regalia. The new uniforms are to be of dark blue with a fine white cord on seam of trousers. The name 'Vigilant Hose' will be on the collars. The uniforms of privates will be trimmed in silver, those of the officers in gold."

In 1902, Hose 2 received their first hose wagon, which was built by Theodore Bedell and Frank Seaman. This wagon was pulled to calls by the firemen and in 1907 a horse was then used. During a fire in Tony Elar's hotel, in May 1907 at 4:30 in the morning, on Merrick Road, east of S. Main Street this wagon was badly scorched and its horse injured when it ran uncontrolled too close to the fire. The building was completely engulfed by the fire due to a delay in notifying the fire department.

In October 1911, a heavier hose wagon was received, one which could carry more hose and equipment. In 1913, this wagon needed a team of horses which was provided by Frank Johns, who owned the bowling alley. Many of the village merchants had their horses trained so that when a fire whistle blew, the animals would stand to be un-harnessed from a delivery truck and rushed to the fire house. 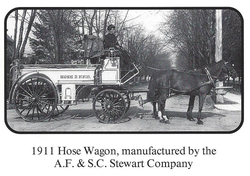 Hose 2's first apparatus to be motorized arrived on October 23, 1915, when the heavy hose wagon's wood body was placed on a new worm driven chassis of a 1915 three ton Mack tractor at a cost of $1,800. The company had twice previously, 1910 and 1912, voted down the question of purchasing a motorized rig. This vehicle was refurbished in the early 1920s and its kerosene head lights and taillight and its wheels were changed. 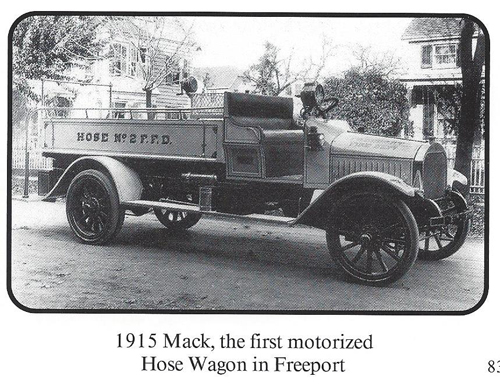 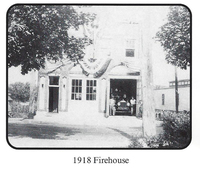 In February 1, 1919, the members of Hose 2 moved into their new quarters on North Main Street. The building and lot cost $7,308.44. The company had originally requested a new building but in February 1916, withdrew that request so that the money could be used for a tractor for Engine Company's apparatus.

1925 proved to be a year of changes for the members of Hose Company #2. They moved into the new Fire Headquarters building on North Main Street, almost the exact same spot that their first building stood. Also that year they received a new American LaFrance 750-gallon per minute pumper and later in July a speed wagon for use by its tournament team. 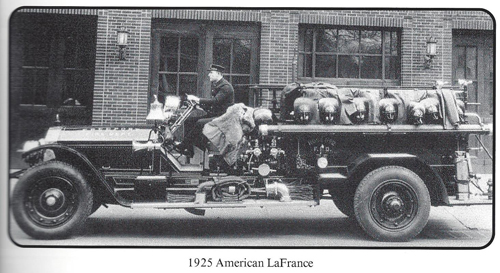 The building was renovated in 1930 at a cost of $60,000 on top of the original expenditure of $65,000 when it was built. On June 3, 1930, the racing team was given permission to purchase a twin 6 Packard from Company #2 of Oceanside for $75. In 1932, this vehicle was sold and a new Pierce Arrow tournament truck was bought which was kept until 1939. In 1942 the company's next fire apparatus was received; a Seagrave, canopy cab, 750-gallon per minute pumper and it was equipped with a booster line. This vehicle was later replaced by a 1957 Mack 1,OOO-gallon per minute pumper. 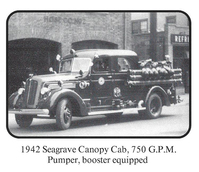 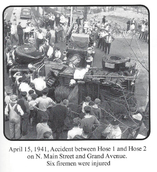 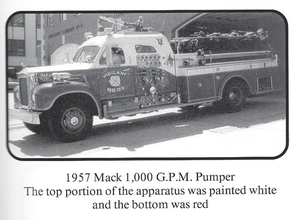 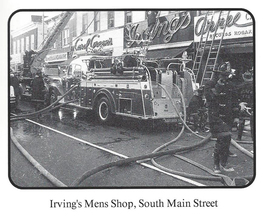 Hose Company No.2 was relocated to a new Fire Headquarters on Broadway and Henry Street in 1965 where they are currently housed. They also granted permission for the Fire Police van to be housed in their area of the apparatus floor. 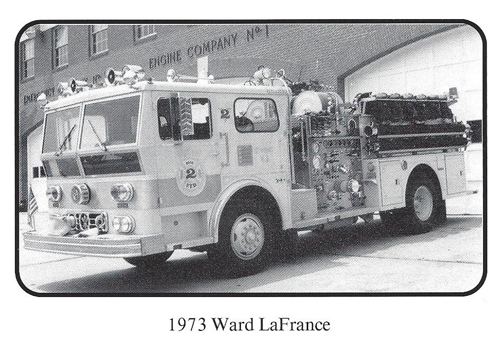 On June 11, 1973, a new Ward LaFrance 1,250-gallon per minute pumper, painted lime-green, was placed into service. In December 17, 1975, 1 3/4 inch hose was placed on Hose 2’s apparatus as a pilot program, which is now the standard for an interior attack fire line. This apparatus was refurbished in February 1987, with a stainless steel back body and its color was changed to metallic blue. 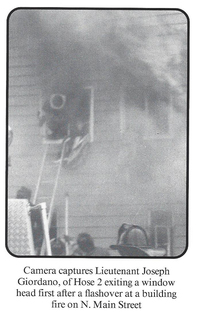 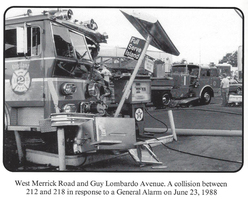 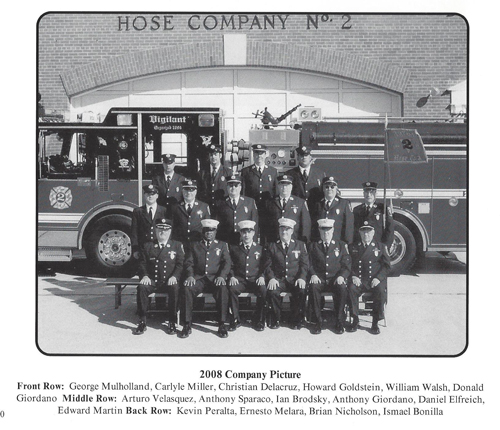 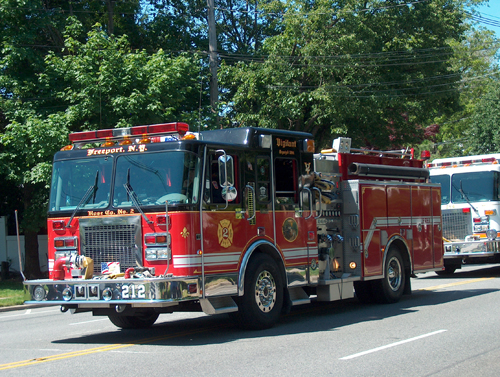