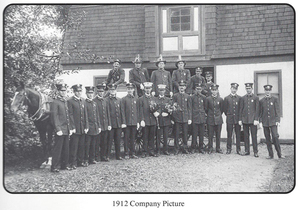 As early as April 15, 1902, the Freeport Fire Department Fire Council was on record requesting that another fire company be formed and stationed in the Pearsall Avenue section of the village. With the village continuing to grow and expand the Village Board gave their permission and on November 15, 1911, Patriot Hose Company No. 4 was organized. On December 4, 1911, the first company meeting was held at Brooklyn Hall and they elected Hilbert Johnson as their foreman, John J. Randall 1st Assistant Foreman and John Cecil Powers 2nd Assistant Foreman.

The Company's first apparatus was the 1901 Bedell and Seaman Hose Wagon, that was formerly owned by Hose Company No.1. This wagon was kept in a barn on Pearsall A venue and the company meetings were here held in the quarters of Truck Company No.1. In December 1912, the Fire Council gave Hose 4 permission to begin using horses to pull their wagon to calls. The horses that the Company used were owned by William Briggs, who would later serve as Chief of the Freeport Fire Department. 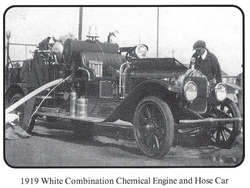 In March 1913, the Village Board approved the sum of two thousand dollars to be utilized to procure a lot and build a firehouse for Hose 4. On May 21, 1913, the Fire Council approved that the site for the new firehouse to be a part of the easterly end of the Power House property and steps be taken for its immediate construction. This building was completed in October of that year and the Company formally moved into their new quarters on November 15, 1913.

Permission was granted to Hose Co. 4 on January 28, 1914, to keep an auto in their house to draw their hose wagon to fires. The Company would receive the same amount of money per call, as an apparatus pulled by a team of horses would have earned, and this money was put into their treasury. During a fire at the Boulevard Stables, on Grand Avenue near Weberfield Avenue, on December 26, 1915, due to snow and ice no horse drawn apparatus reached the fire. Hose 4, Hose 2 and Truck Company, all motor driven, experienced no difficulty, demonstrating the "practicality of automobile apparatus." Again, on December 31, 1915, during a large fire in Hempstead's business district, the Freeport Fire Department responded to assist. Chief Pearsall, in his chiefs car with Hose 2, Hose 4 and Truck Company responded to the scene in 12 minutes.

A Selden automobile was used to pull its hose wagon to calls, however, the Company was not truly motorized until September 16, 1919, when they received their new triple combination hose wagon and pumper, a White Combination Chemical Engine and Hose Car costing $ 8,800. Chief Clarence B. Williams boastfully reported in his Annual Report that with this addition "this makes all companies motorized" 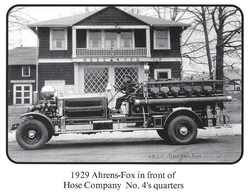 Hose Company No. 4's next apparatus was a 1929 Ahrens-Fox, 1,000 gallon per minute pumper. This became the first of two Ahrens- Fox apparatuses that the Company would utilize and that is the origination of the name of their tournament team as the "Foxes." 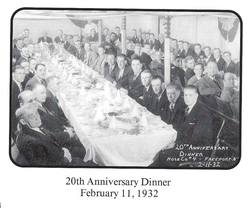 On July 21, 1931, Hose Co. 4's firehouse was relocated so that their new building could be erected on that site. The firehouse was moved to the intersection of North Long Beach Avenue and Brooklyn Avenue, the present Exempts Hall. The corner stone was laid on August 3, 1931, and they moved into their new and present building on January 1932. 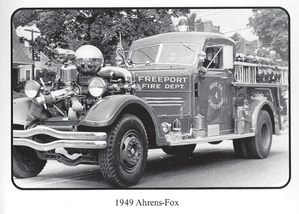 On June 10, 1953, the Company was struck with misfortune and heartbreak when their member, Ex-Chief William F. Briggs who was acting as a fire policeman, was killed in the line of duty at N. Main Street and Lena Avenue while directing traffic. He was struck by a vehicle operated by Ex-Captain Frank D. Smith who was responding to a fire at a barn in the rear of 70 N. Main Street which was owned by Hose 4's late member, Hilbert Johnson, who was also their first foreman. Ironically, the fire was caused when workmen who had been burning rubbish at the request of Mrs. Johnson. The fire department had given her to that date to clean-up the area. Ex- Chief Briggs was the first Freeport fireman to lose his life while in the line of duty. 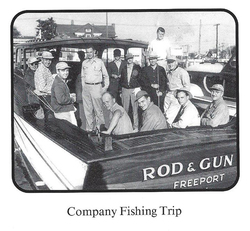 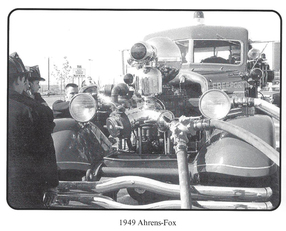 In July 1969, the members of Hose 4 requested and began to draw specifications for a new apparatus and in October 1971, the bid was awarded to the Ward LaFrance Corporation. Since their Ahrens-Fox was involved in an auto accident on West Sunrise Highway and South Ocean Avenue and retired from service because of a cracked block on the pump, the Company was assigned the spare pumper, a 1969 Ford 1,000 gallon per minute pumper. On May 31, 1973, the Ward LaFrance 1,250 gallon per minute pumper was placed into service. 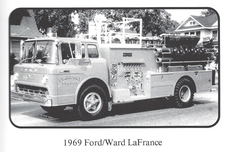 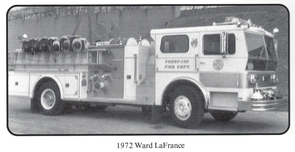 The Department recognized the need for a special unit trained to respond to "haz-mat" assignments. This requirement was the origin of the Foam Unit, designated 214-2, and on July 1991, this unit was put in service equipped with a 1982 Chevrolet van and carrying foam and haz-mat supplies. On January 1992, this group was recognized for its actions at a scene on Hanse Avenue and St. Mary's Place by the Department's Award Committee which presented them with a Unit Citation. The apparatus assigned to the unit was later replaced with a 1986 Ford E350, which was a converted ambulance and outfitted for the purpose of greater efficiency and the ability to carry additionally required equipment. 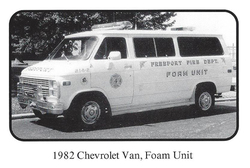 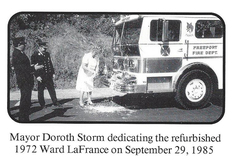 The Company's current apparatus was received in February 1997, an R.D. Murray, ten man enclosed cab, 1,500 gallon per minute pumper equipped with an around the pump foam system. 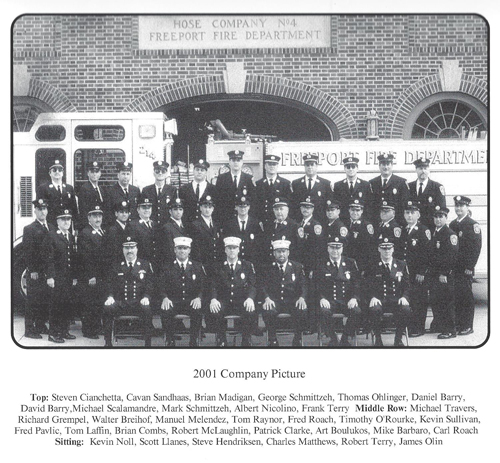 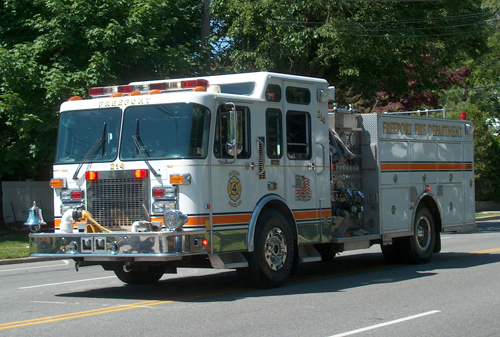 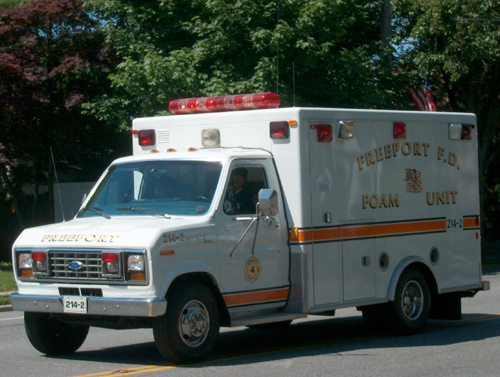