Freeport's sister city of Walldorf Germany celebrated their 150th anniversary of their fire department, which has been close friends of ours for almost 40 years, in June. The Freeport FD along with the Lindenhurst FD sent over delegations for the ceremonies. The Village of Freeport was also represented by several village departments lead by Trustee Carmen J. Piñeyro. During the official presentations Ex Chiefs Don Mauersberger and Ex Chief Don Rowan were honored with medals presented by the German Fire Service at the Federal level for promoting International Partnerships between our 2 countries.

Three weeks later the Oberviechtach FD, another close friend of ours for the past 20 years, had their 150th anniversary celebration. Freeport again sent over a delegation for their ceremonies which included marching in 4 Parades. And unlike the rules governing parades in New York, they seem to enjoy very long parades in Germany well over 2 1/2 miles long. Members were shocked to see a beautiful 911 memorial in Oberviechtach that included a huge piece of WTC Steel.

It has been a busy summer but the members, family and friends had a great time with our very close brothers from Germany and look forward to their visits in Freeport soon. Twenty Seven German firefighters will be visiting Freeport in September.

Please note everyone attending these events paid all expenses themselves and NO department or Village funds were used. 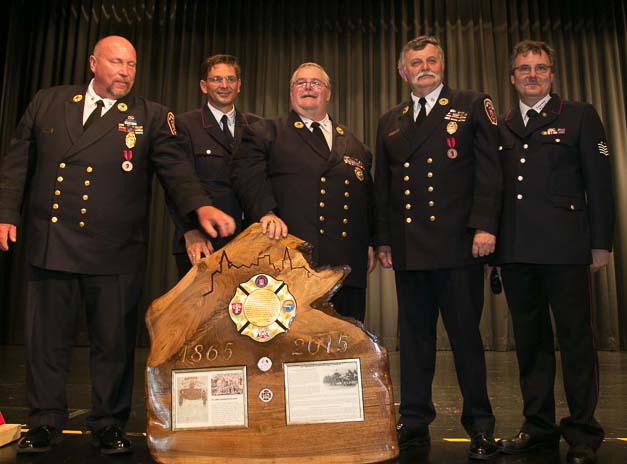